To be the
premier location in the world
for the public to have
cost-effective, direct access
to the deep water environment. 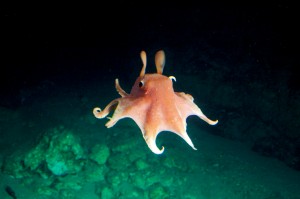 Less than 3 percent of the world’s deep waters have been explored. Considering that nearly all deep sea research has been conducted by small group of developed nations in their own waters (USA, USSR, New Zealand, Japan, UK, and France), the deep waters of less developed regions are truly unknown— in my case, the coasts of Central America.

It is this Unknown you are now able to personally explore. On every dive the submarine Idabel illuminates places that have never known any light at all— places no human eyes have ever seen. 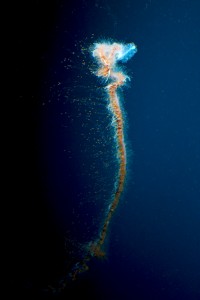 In the United States, a country that led the exploration of outer space with NASA, the government agency responsible for “inner space” exploration is NOAA. Unfortunately, they are poorly funded and have not managed an increase of human presence in the deep sea since the 1960’s. Honduras does not even have an equivalent organization. Therefore, if mankind is to explore Earth’s last undiscovered realm, it is up to the private sector to lead the way.

This is why the Roatan Institute for Deepsea Exploration (RIDE) has a two-fold mission: to explore deep waters, and to do so without relying upon grant money. Presently, RIDE is one of only two deep diving submersible operations in the world to be offering trips to the public.

In pursuit of this goal I have kept overhead as low as possible. For example, while other equally-capable submarines would usually cost $1-2 million US dollars, I acquired my machine at a mere fraction by doing most of the construction in-house. I personally tested the submersible extensively in open water, risking both life and reputation to prove that reliable deep sea exploration can be done affordably. 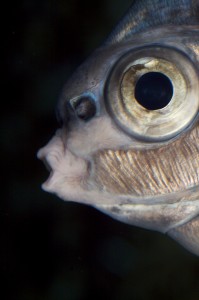 My choice of location assists in keeping a low overhead. The trench wall in front of Half Moon Bay on Roatan is very unique in how steeply it plummets into the Cayman Trench. Even the word “Honduras” means “deep water,” named after Christopher Columbus’s amazement at how close the deep sea approaches the shore.

On a majority of dives the submarine actually travels a greater distance down than it does out from the Half Moon Bay dock. This unique underwater terrain allows the submarine to operate from a dock rather than a ship at sea, resulting in great savings to my customers.